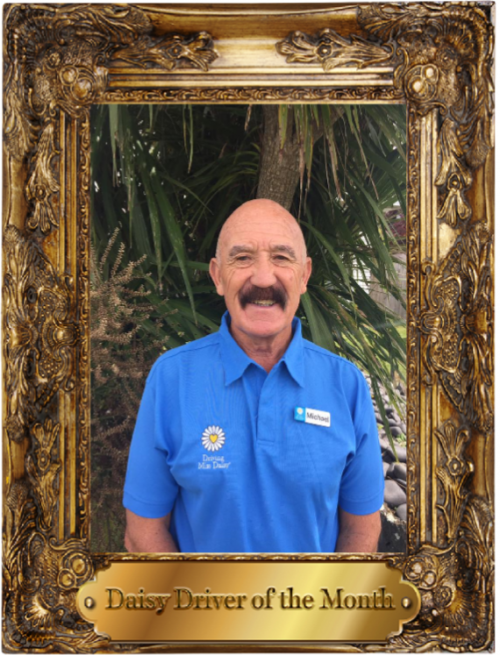 I would like to nominate my driver Michael Lynch, for his very heroic actions on 13 June 2017 when he rushed into a very dangerous situation and saved the lives of two young girls.

Mike was at home when I called him to help me with a trip at very short notice and on his way, he saw two girls running from a house. Without any hesitation, he pulled into the driveway and realised they were both on fire. He reacted very quickly and contained the fires while calling all the emergency services to the scene.

Whilst this was an extraordinary situation I was not at all surprised that Mike reacted in this manner. He has worked in our community for over 40 years and has a very special rapport with the people that he assists every day. He notices the smallest details like when one of our elderly ladies is not wearing proper footwear or that one of his gentlemen has made the effort to dress up for his lady friend – albeit in the clothes that Mike has generously passed onto him!

I am now getting used to the slightly disappointed look when I turn up to assist instead of him and wouldn’t have it any other way!