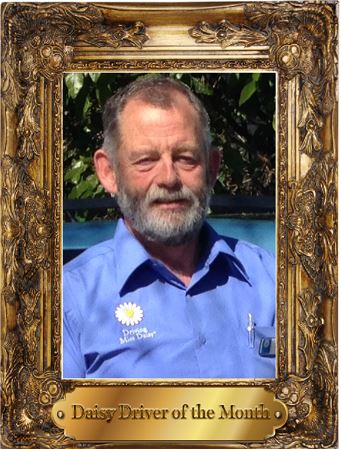 At  Driving Miss Daisy Dunedin North, we have struggled to single out one of our team over anyone else, because we have a very loyal and professional team.  However, we received an email from a grateful client’s partner, who had received the very best of assistance from Laurie.  Our client is a stroke survivor and the following quotes from his partner explain how a difficult situation was managed by Laurie.

“I told Laurie that we had a problem, he asked if I wanted him to go back outside to give us some time alone.  I knew Laurie was going to be a help in this situation so I called him through to the kitchen………..He was calm, experienced and quickly summed up the situation, and stepped in when we needed him, just at the right time and in just the right manner.  He was a class act”

Laurie has been with Dunedin North from our early beginnings 4 ½ years ago, and together with our other drivers, he and they are the reason we have been able to grow and achieve the 2016 Supreme Franchise award.